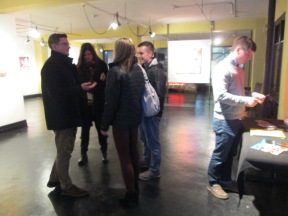 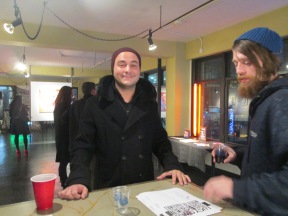 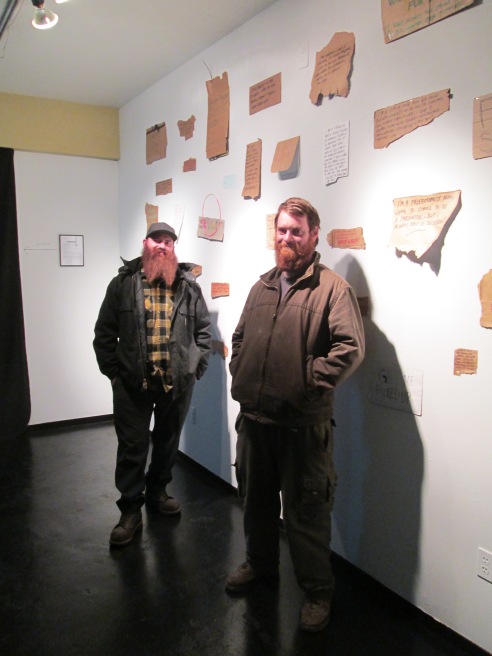 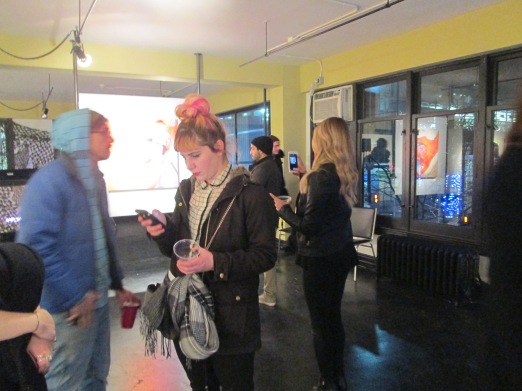 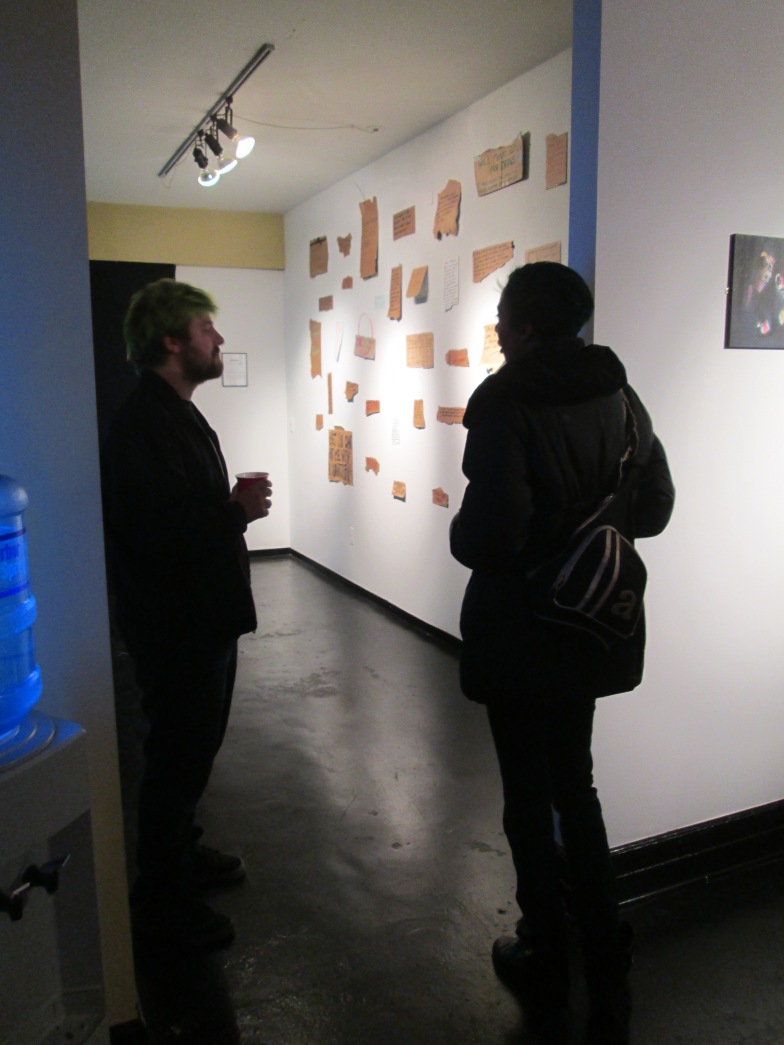 “BEAUTIFUL (INDESTRUCTIBLE); The Women of the Juggalo World” opened at Start gallery on 4th December. The opening night was very successful, lots of people (and a pretty diverse selection of people) came, including Detroit music producer Mike E Clark (who has worked extensively with ICP ) and Detroit artist Gary Arnett (who created the artwork for ICP’s original  Jokers cards and a lot of Psychopathic records’ other creative endeavours and who now co-hosts Detroit’s infamous Dirty Show exhibition every February). Despite instructions from the gallery not to (on grounds it’s offensive) Juggalo music was played all night (hehe) and the beer, wine, Faygo and good conversation flowed. 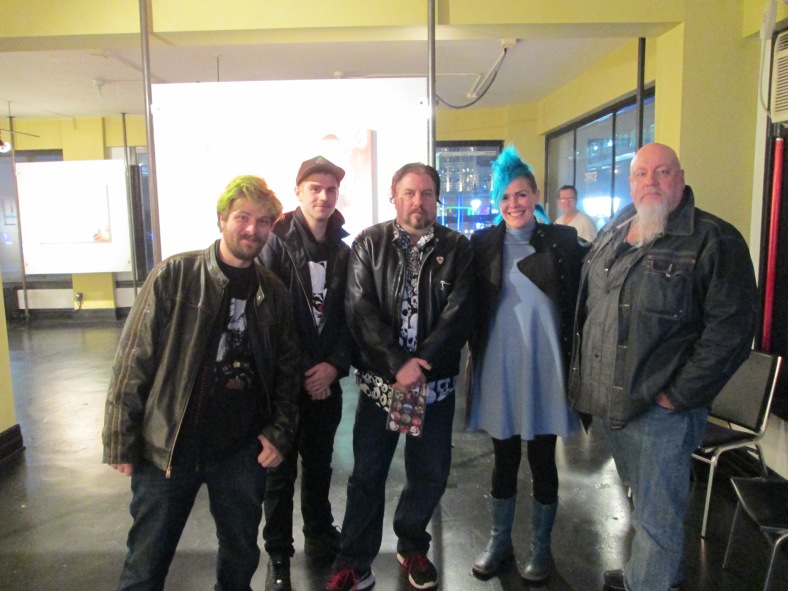 The top-secret selfie project was at last unveiled. Its proper title is Project Ninjette. The video is a sequence of still images and audio,  screened in a separate room ceiling to floor. The images are, of course, the selfies. The audio is a layered selection of readings from some of the emails that arrived with the selfies.  It was great to observe reactions to this work and overhear the thought transformation in people who ordinarily eshew Juggalo culture from mockery to acceptance.

The night was so much fun, and the work was overwhelmingly well received with many pieces sold.

I had arranged to meet some people at the gallery in the afternoon. One of the paintings in the show was of a couple I first met last year, Misty and Voodoo. They are confirmed old-school Juggalos who have consistently shown me huge support in what I’m doing with my art and made me feel extremely welcome at every Juggalo event I’ve been to. Misty is also part of Project Ninjette. They rearranged shifts at work and drove for four hours, bringing their son, to meet me at the gallery, see the show and buy the painting! 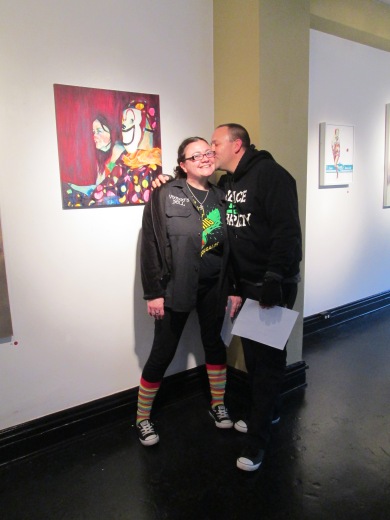 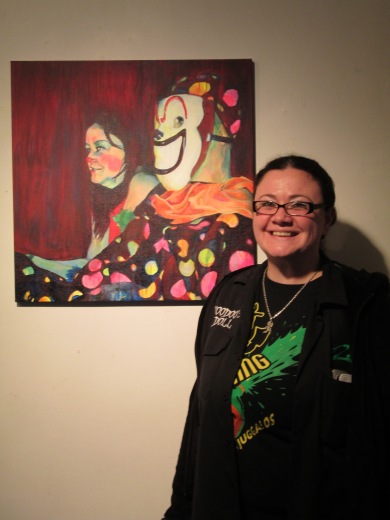 Before Misty and Voodoo arrived however I had the incredible surprise of a visit from five other Juggalos. I had met them at a Pizzapapalis get together on the eve of Hallowicked. Three were a family from Michigan, they told me their fifteen year old daughter has been to ten Gatherings; the other two had driven from Illinois!!! It was an absolute thrill to spend time with them and show them my work. 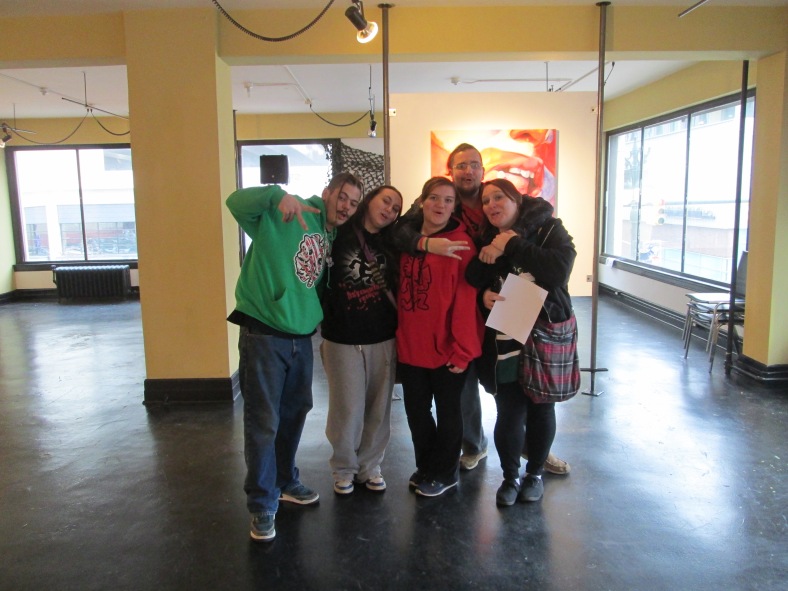 Saturday night was Twiztid‘s Christmas concert, Twistmas. The muse and I went along, it was a wonderful event unlike other shows I have been to with lots of people bringing their children along.

A group of well known faces who collectively call themselves the local clown crew was there doing what they do best serving up free Faygo dogs. Yes. Hotdogs marinaded in Faygo. They are honestly fucking delicious.

Anyway, I first made contact with Clown Crew Batman at the Gathering in connection with Juggalography. When I saw him on Saturday night without any prompting he immediately expressed how disappointed he was to miss the opening of the exhibition. I was astonished that he had taken such an interest. The crew were leaving town the next day, back to Indiana, so naturally we opened the gallery for a special showing on their way home.  It was a genuine honour and a pleasure to meet all of them.

These guys are some of the most altruistic people you could ever hope to meet, they feed anybody and everybody for free at every Juggalo concert they can get away with setting up a grill outside (often in the parking lot or on street), they use events to gather donations – coats and canned food etc for the hungry and homeless… and then they quietly make sure it gets to where it should end up without asking for praise or congratulations. All of this in the name of Juggalo Family. 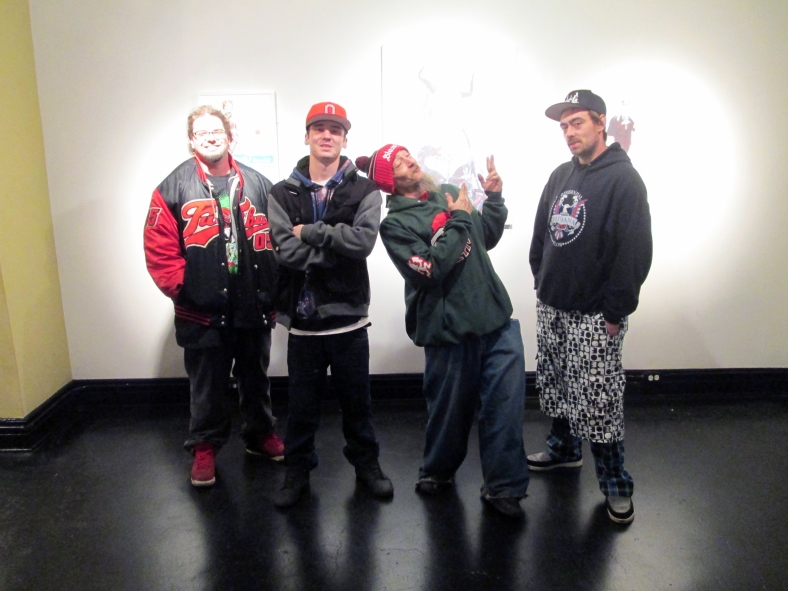